Good morning!  It is time for a new challenge over at the
That Craft Place challenge blog

This fortnight the theme is

As a huge science fiction fan, Star Trek ranks pretty much at the top of my favourite TV shows.  I do confess though that The Original Series is not my favourite series in the Star Trek franchise, indeed it's downright painful to watch at time, however it is such a landmark series that one can't help but be a fan for that reason alone! (Besides, who doesn't love a bit of Spock!).

Anyway, that's me thoroughly nerded out, so sorry about that!

For this A4 sized canvas I thoroughly enjoyed getting messy with sprays inks and lots of other stuff!

I used the following materials:
THAT CRAFT PLACE MDF / GREYBOARD: A4 sheets greyboard (which I hand cut the arrowhead shape from, and die cut the circles from using a Bigz die by Sizzix)

IMAGE: "Spock" by Mayzy Art, printed onto That Craft Place Watercolour cardstock and coloured with DoCrafts Artiste Watercolour Pens. I then wanted to glaze the image with Mod Podge Gloss and did so after testing over a practice image coloured with the same Pens (to check that the inks didn't run). Was very pleasantly surprised that the colours didn't run at all!

All products above available from That Craft Place (except Mayzy Art image).

Here are some more photos:

LINKS YOU NEED - THAT CRAFT PLACE

For those interested, the image depicts Spock doing the typical "Live Long and Prosper" hand gesture as used by the half-Vulcan by way of greeting.

The letters NCC-1701, whilst seemingly random, actually depicts the registry number of the Enterprise ship on which the series is set (sort of equivalent to the model name/number of a car).

The large arrowhead shape behind Spock represents the Enterprise insignia, and the arrowhead design in its various incarnations later became synonymous with the whole Star Trek franchise.

Anyway, thank you as always for popping by, I hope you enjoyed looking at this creation as well as reading the thought process behind it.


Myself and the other That Craft Place DT very much look forward to seeing your creations!
xxSAMxx
Please can I enter this project into the following challenge(s):
Altered Eclectics - June ATG (1 July)
Anything But Cute - Masculine (5 July)
Rhedd's Creative Spirit - June ATG (1 July)
Posted by Sam Lewis at 9:00 am 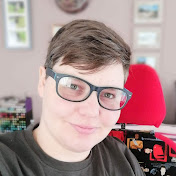